← more from
Negative Gain Productions
Get fresh music recommendations delivered to your inbox every Friday.

Eat their Young / The Scorn EP 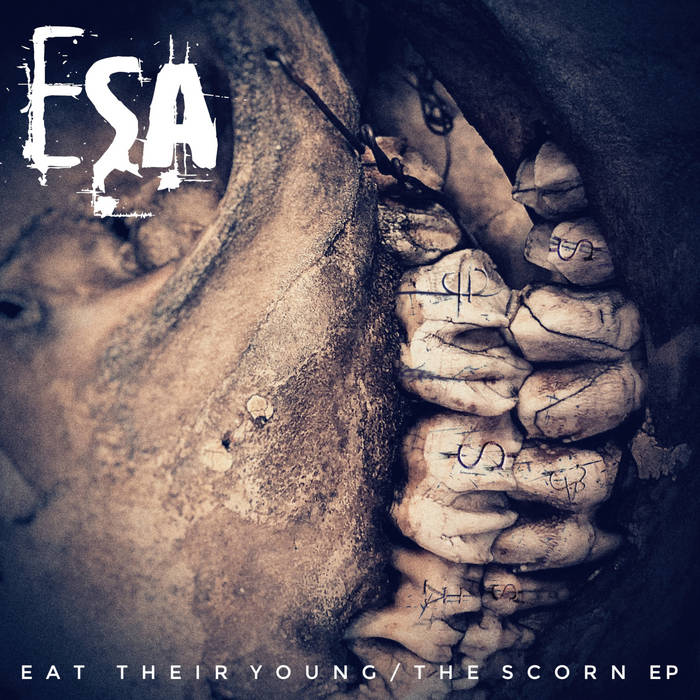 Ari R4S Is this song about Boomers?

I feel like it's about Boomers. Favorite track: Eat Their Young (feat Caitlin Corlyx).

preciousken So right out the door this album is coming at you like a speeding train through a tunnel. It’s driving pistons and screeching metal furiously charging down your throat with reckless abandon. It would be easy to feel like that was chaotic because that is the emotional response it summons. This is a focused and precise weight of speed and power with intent and form. I feel like i am describing a high end automobile not a record, but this is the feeling of Burial 10. Favorite track: Eat Their Young (feat Caitlin Corlyx).

Not 4 months after the release of critically acclaimed 10th official ESA album - ‘Burial 10’. Blacker returns with a 4 track ep of the kind of beats and hooks we have come to expect from ESA’s powerful electronic approach.

However whereas ‘Burial 10’ was an intensely dark high tempo force that rarely came up for air. ‘Eat their Young / The Scorn EP’ could almost sit alongside the album as the ‘light relief’ (in relative terms).

This feels like the ESA party EP. Ladened with thick dance grooves throughout, it's perfect stomping material. Both title tracks are obviously aimed at the dace floor, each with their charms.

'Eat Their Young’ sees ESA again working with Caitlin Stokes of Corlyx after the success of ‘You are Safe here’ (taken from this years other release) and is an epic almost anthemic industrial banger.

Whereas ‘The Scorn’ feels like the dark grooving techno that would get any early Gesaffelstein fan salivating. pulsing and pulling, its probably the most commercially viable and catchy track ESA has ever released.

Accompanied by another previously unreleased track ‘It Takes Over’ and bruising remixes by ‘Moaan Exis’, 'Recon' and 'Atek'. This is another banger of an EP from the ever experimenting and forward moving ESA.

The official video for 'Eat Their Young' is available to watch on Bandcamp (clip) and in full here: youtu.be/GPCMnzZcohQ

The official video for 'The Scorn' is available to watch on Bandcamp (clip) and in full here: youtu.be/vf8_Rfiq6Ys

Bandcamp Daily  your guide to the world of Bandcamp